“I was 26 years old and recently married — about a year and a half — I was working a lot at that time. I had some issues so I went to our family doctor,” Harrold says. “He referred me to a urologist.”

Two ultrasounds later and he had his answer.

Those “issues” Harrold was having turned out to be testicular cancer, something he said could have been caught earlier had he been doing self-examinations.

“I had no idea about monthly exams,” he says. “And I’m a paramedic. You’d think that if anyone should know, it would be me.”

That was 1999. Harrold had surgery and underwent chemotherapy and today is cancer free. He has spoken about his experience to high school students, urging them to become more self-aware when it comes to their health.

“They need to know their bodies,” Harrold says. “If something doesn’t seem right, they need to see a doctor.”

Testicular cancer occurs mostly in men between their late teens and their 40s, Harrold says.

In addition to his school talks, Harrold and his family — wife Rosy and children Spencer, 14, and Lily, 11 — along with friends have taken part in the annual Relay For Life fundraiser for the Canadian Cancer Society. This year’s event takes place June 11 at Oakes Park from 7 p.m. to 1 a.m. The event raises funds for research as well as support services for cancer patients and their families. 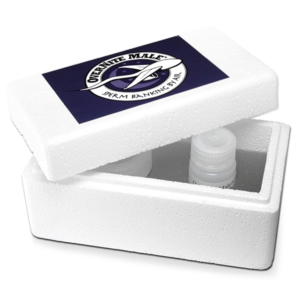 Order Now!
In 2015, the Society invested more than $40 million into research, Harrold says.

“Since the 1940s, research supported by the Canadian Cancer Society has helped double cancer survival rates in Canada.”

The Harrolds and friends, meanwhile, have raised $130,000 over the 15 years they have participated in the event.

“It’s an amazing opportunity,” Harrold says of the event. “Everybody is like-minded with their friends and family.”

Family, something that is important to Harrold. When he was diagnosed he says he didn’t know what it would mean in terms of he and Rosy being able to have children.

“Then it was a case of, ‘What were we going to do?’” Harrold says. “We started sperm banking before the surgery.”

As it turns out, there was little to worry about.

Getting the word out is something that is important, he says, even if talking about testicles isn’t exactly comfortable.

“I can remember at a young age, talking about breast cancer was taboo — ‘ooh we can’t talk about boobs.”

Times have changed, however.

“We know (testicular cancer) is a problem that we need to talk about, even if it is embarrassing.”